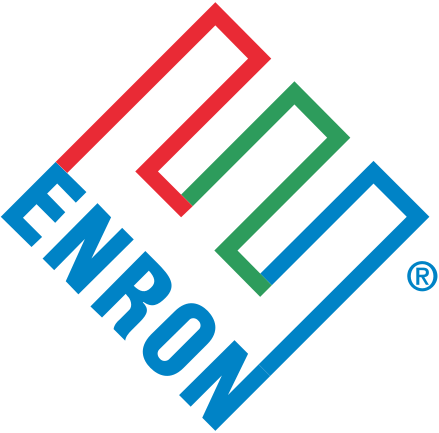 The audiobook of Smartest Guys in the Room: The Amazing Rise and Scandalous Fall of Enron caught my eye over a year ago, but I didn’t read it because it’s 22.5 hours long. I’m not a finance expert, and I figured if it only took 10 hours longer to understand the entire life of Napoleon, then maybe it wasn’t worth wading into limited liability special purpose entities, broadband capacity trading, and Tobashi schemes.

But I finally listened to Bethany McLane and Peter Elkind’s exploration of the largest bankruptcy in American history (at the time). Then I read a whole lot of wikipedia articles, read a whole bunch of news articles from the early 2000s, talked to Byrne Hobart for an hour, and now I am going to attempt to present a succinct, yet comprehensive summary of what Enron was and how it fell.

As cliché as it sounds, what makes the Enron scandal so fascinating is its bewildering complexity. As late as 2001, nobody outside of Enron could actually explain what Enron did. Sure, outsiders could summarize it as a “logistics company” or say it did “energy trading,” but even the most diligent analyst didn’t know half of what Enron was up to because… well, Enron didn’t report half of what it was doing.

But at the same time, nobody inside Enron could really explain what the company was doing either. Sure, the executives knew more than the analysts, but such a vast company with so many opaque moving parts simply cannot be comprehended by a single mortal man. This isn’t embellishment – that was basically the legal defense of much of the Enron executive team after the company’s downfall. Many executives didn’t try to argue their innocence so much as confuse the judge, jury, and everyone in the courtroom with byzantine accounting non-explanations. Enron’s CEO, Ken “Kenny Boy” Lay, claimed that he honestly couldn’t follow the machinations of his hand-picked COO and CFO as they bounced billions of dollars of Enron assets and debt between corporate accounts and quasi-shell investment funds owned by Enron executives and their families so as to artificially boost Enron’s credit rating. Who could?

Beyond the technical aspects, the Enron scandal was arguably just as morally complex. This was probably my biggest surprise when reading the book. I had only heard about Enron in passing on the news as the ultimate example of financial dishonesty, or as the apex of predatory capitalism, and all of that might be true… or maybe not. It’s hard to say. I’m wary of passing judgement not just with the benefit of hindsight, but the benefit of being outside the reality distortion field which undoubtedly engulfed Enron for the better part of a decade. Enron’s executives were no angels, but they weren’t entirely demons or scoundrels or fools or decent men put under unimaginable pressure… they were all of those at once.

I’ll frontload the disappointment: there are no easy answers or smoking guns with Enron. There was no one executive who obviously made a conscious choice to commit fraud (at least not on a large scale). There was no single financial maneuver or strategy which was blatantly illegal. There was no identifiable point-of-no-return. There were just lots of morally weak but clever individuals who did what they thought they had to, or were allowed to, or what would work out in the end… until it didn’t.

I’ll start my piece with a summary of Enron’s entire history, starting with the origins of its founder, all the way to its dramatic conclusion. Then I’ll explain how and why Enron fell in three parts: