This experiment turned out to be far less interesting than expected, so I’m going to keep this short.

Why Was This Experiment Boring?

Because I ended up eating a lot of burritos and Burger King.

When I told a few vegan friends about my experiment, they immediately suggested a bunch of “great” vegan recipes which typically consisted of combing five different vegetables, three different fruits, eight different spices, and then sautéing and pan-frying for fifteen minutes to produce a dish of 500 calories. But I don’t enjoy cooking. I don’t enjoy the process of combining foods and balancing the ingredients and figuring out the subtleties of dishes. I don’t enjoy waiting a long time for meals. I don’t enjoy cleaning up lots of pots and pans and plates after meals. My normal cooking is roasting or bacon+eggs.

This seems to be a fundamental problem with veganism – complexity. When I ate nothing but meat for 30 days, one of my favorite parts was the raw simplicity of the diet. Nearly all meals consisted of throwing a chunk of meat in the oven for 10 minutes, and at most I’d throw some salt, pepper, and garlic on it and that’d be all. I could do this with beef, pork, and lamb, and occasionally I’d buy pre-cooked rotisserie chicken. At most, I’d fry bacon and eggs, but that was the height of my cooking effort.

Veganism is the exact opposite of the carnivore diet (duh). There are very few easy-to-make, affordable, filling vegan meals. I chose not to make any elaborate vegan dishes, and without them, my vegan options quickly narrowed to random fruits, vegetables, nuts, beans, and bread/pasta. Even salads were tough since making them myself felt like cooking, the pre-bought ones in stores nearly always had milk or eggs in them, and salads tend to be low in calories for the cost. And most importantly, the objectively best salad of all time, the chicken caesar salad, isn’t vegan or even vegetarian.

And did I mention that I hate soy? I do. I hate it. It’s vile. And it’s in every vegan “meal” ever made. 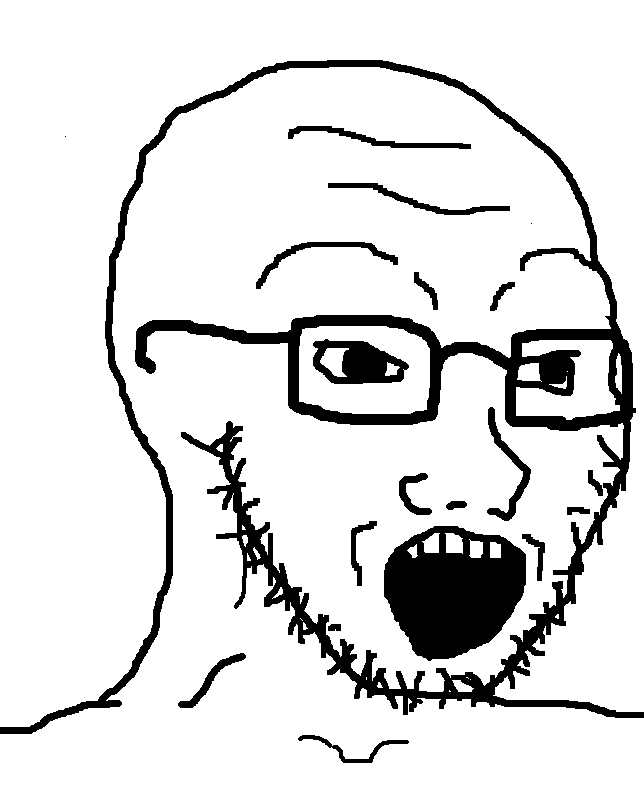 For the first two weeks of the experiment, I ate lots of toast (without butter), bananas, avocados, almonds, cashews, red kidney beans, pasta primavera, and on a few rare occasions, some people were nice enough to cook one of the fancy complicated vegan dishes for me.

I found these weeks to be dull. Eating these vegan foods wasn’t difficult (especially not compared to eating only meat and going through keto flu), but it was boring. Not much taste, not much variety, and probably too much grain. I could still drink alcohol and diet coke, so there was no real pressure on the drink-front. I ended up feeling tired in a lot of afternoons, and I wasn’t seeing any obvious benefits to the vegan lifestyle.

Over these two weeks, I noticed my diet drift. It started with buying a pack of vegan veggie burgers made of smushed vegetables, soy (blehhhhhg) and gods know what else. These things didn’t exactly taste good, but they weren’t bad either, and far more importantly… they were convenient. I put them in the microwave for 1.5 minutes, flipped them over for another 1.5 minutes, then threw them on some buns, dipped them in ketchup, and BOOM – I had a quick one-pound meal with minimal cleanup.

After two weeks, I left home and stayed with a friend for the rest of the experiment. In an unfamiliar environment where I had less free time, my instinct for convenience-over-quality went into overdrive. The veggie burgers were just the beginning.

For the final two weeks of my vegan experiment, I had at least one Impossible Whopper meal at Burger King almost every day. On roughly half of the days, I ate a bean burrito at Chipotle or Qdoba. The rest of the time, I ate falafels, almonds, baby carrots, and of course, veggie burgers. And beer.

My vegan friends told me that I wasn’t experiencing a real vegan diet. I should have been eating 16 types of berries, and mixing avocado with 9-grain wheat bread, and snorting soy, and whatever.

Fine, I get what they mean. I followed the vegan diet to the letter, but not in spirit.

But I blame veganism for this. My dietary preference is for speed and convenience, and I will opt for this route whenever I can. The carnivore diet let me do this without sacrificing its spirit. I could have spent hours cooking brisket or roast beef, but I also gained the full benefits of carnivorism by throwing some hamburger on the grill or a hunk of London broil in the oven. Veganism offers no such equivalent options. The only way for me to quickly and conveniently consume no animal products was to eat veggie-soy monstrosities grown in a lab. And I’d do it again.

Anyway, all this is to say that I didn’t end up feeling much different on the vegan diet than my standard diet (which leans meat-heavy). After an initial dip, my weight didn’t change much either. So unfortunately I didn’t gain many insights from my vegan experiment. Did I Ever Screw Up?

I can confirm one screw up. The first time I was on line at a Burger King drive-through I quickly googled “Impossible Whopper” to check they were vegan and I got the go-ahead. It was only when I read the article closer after eating my good-but-not-great burger that I saw my error. The Impossible Whopper patty is vegan, but Burger King puts mayonnaise (which contains egg) on the burger. In the mixture of sauces, vegetables, bread, and whatever an Impossible Whopper is made of, I didn’t notice the mayo. My bad.

For all other Impossible Whopper meals, I asked them to remove the mayo. 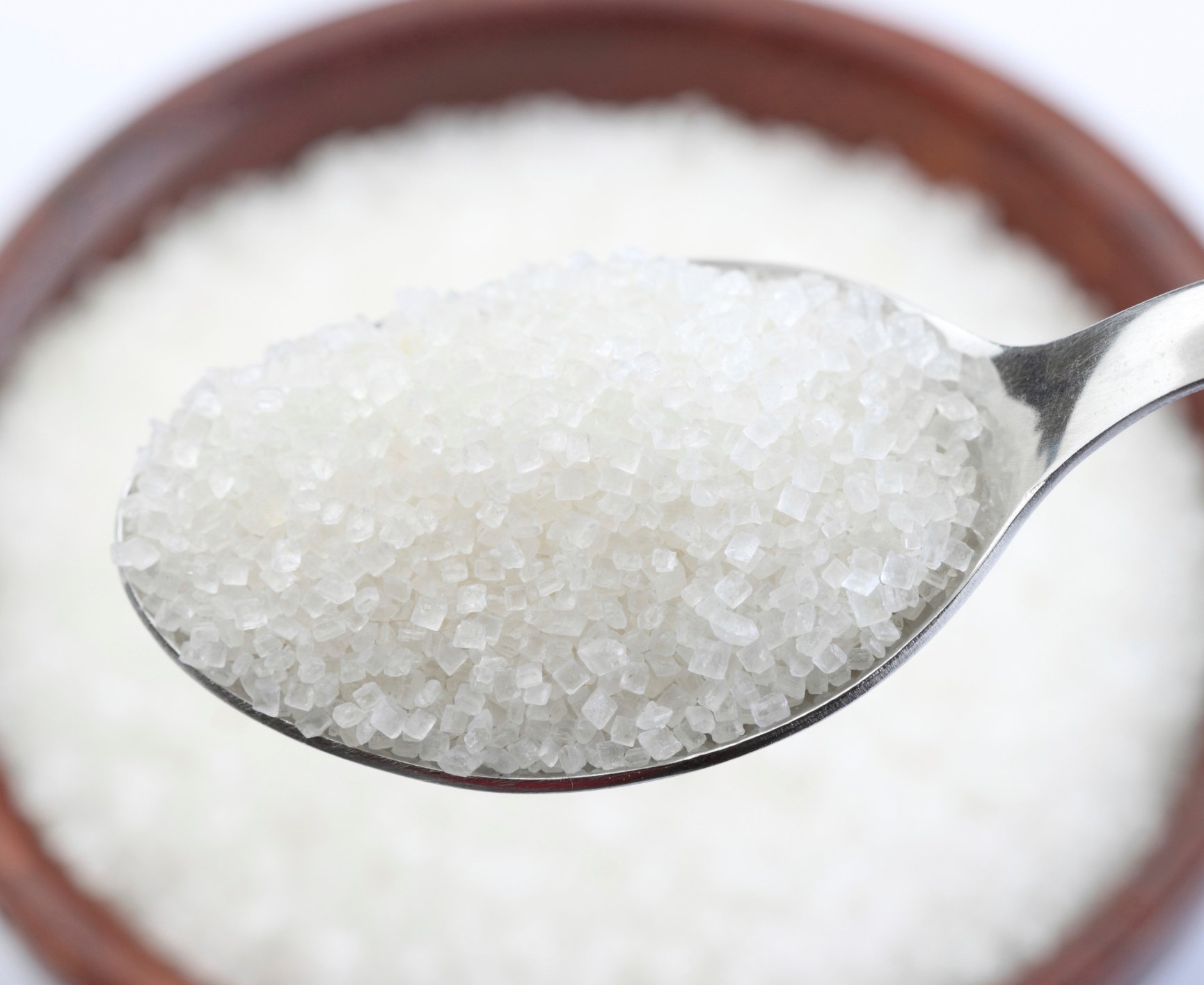 There May or May Not Be Animals in Your Sugar

As if veganism wasn’t insufferable enough, I was warned from the outset of my experiment that I couldn’t eat sugar. The high fructose corn syrup we commonly use in America is vegan, as is the somewhat rare beet sugar, but cane sugar is supposed to contain bone char, which is the ground-up bones of cows and pigs.

The viability of sugar appears to be a point of contention among vegans. Bone char isn’t actually added to cane sugar, but rather is used as a processing agent to give cane sugar its signature white color (it’s normally a yellowish-brown). Strict vegans operate on a no contact rule that forbids eating vegan foods that even come into contact with animal products in case some residue is left behind. Followed loyally, this rule would also prohibit pretty much any vegan food served in a non-vegan restaurant as grills, fryers, and other cooking equipment are reused. To make things more complicated, not all cane sugar producers use bone char and you can find lists online of strict vegan-approved sugar cane producers.

To play it safe, I abided by the “no cane sugar rule.” Any time I considered eating a product with sugar, I checked to see if it had high fructose corn syrup. If the ingredients just said “sugar,” and I had no convenient means of checking if it was beet sugar, I didn’t consume. 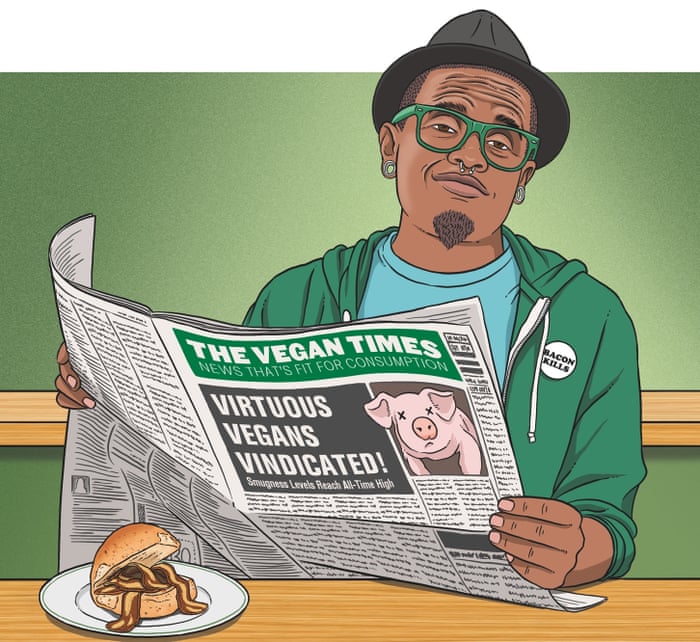 Veganism is More Annoying to Others Than Yourself

Overall, I found veganism easy but bland for a month. I never had any significant cravings, I could drink my beloved diet coke, I could chill out with a beer at night, I could gnaw on bread, and I could even eat sweets as long as the sugar was made from highly processed corn.

However, the friend I stayed with for two weeks did not find my veganism easy, and not just because I called him a murderer at every meal. To accommodate me he had to eat almost as much Burger King and Mexican as I did, and he had to go out of his way to get lame veggie burgers for a big barbecue. I was cursed for my hippy ways every day.

Still veganism wasn’t as bad as the carnivore diet in this respect. At least some restaurants will have something vegan on the menu. Carnivorism is on a whole other level of annoying the shit out of everyone around you.

I got a two pound frozen falafel thingy at Kroger. I ate a pound of it in one sitting. Not a falafel wrap, but just pure falafel. I don’t recommend it.